The Schnauzer, also known as “snouter,” is a dog breed type that dates back to Germany in the 14th to 16th centuries. The term derives from the German word for “snout” and implies colloquially “mustache” or “whiskered snout,” owing to the dog’s distinctive beard snout.

The breed’s name was initially Wire-Haired Pinscher, while Schnauzer came into place in 1879.

The Standard Schnauzer, the Giant Schnauzer, and the Miniature Schnauzer are three distinct breeds. The Toy and Teacup Schnauzers are not recognized as separate breeds by the American Kennel Club (AKC). Those are terms commonly used for small Schnauzers that may be ill or undersized for whatever reason.

The Schnauzer, or Standard Schnauzer, was bred as a rat-catcher and guard dog by selective breeding of the Standard type. The Giant Schnauzer and Miniature Schnauzer are the results of outcrosses with other breeds that have the necessary characteristics for the original function of the Schnauzer.

The breed is intelligent and can be self-reliant, so early training and frequent activity are advised.

The Miniature, Giant, and Poodle were all ranked in the top 15 breeds for watchdog barking ability, with the Giant being 6th among the top 13 breeds at efficient guard performance. All three breeds demonstrated excellent problem-solving skills when it comes to adaptive intelligence.

They are alert and protective and will notify family members of any potential hazard, but their watchful nature can cause them to bark frequently.

Dog owners should use all possible means to control loud barking and avoid annoying the neighbors through instruction.

Schnauzers have bushy beards and wide, feathery brows. They are usually either salt and pepper or white, although they may also be brown. Some people shave their Schnauzers down the back while keeping their legs’ hairs long and curly, however, this might alter the coat color, so show Schnauzers with their back coat “stripped” by hand to encourage the salt and pepper design to show.

It was formerly common to dock the tails and ears, which resulted in an alert appearance, but it is now prohibited in many countries. These procedures don’t allow a rat to grab on to anything when being attacked, giving the rat as little fighting chance as possible.

Cropping and docking are now prohibited in the European Union, Australia, and New Zealand, and they’re becoming less popular. To avoid mats from developing on the Schnauzer’s beard and leg hair, they should be brushed on a regular basis.

A Schnauzer has a double coat. The top or guard coat is wiry and water-resistant, while the undercoat is soft. Underdogging removes the undercoat and promotes fuller growth of the hard topcoat.

The undercoat may be plucked (dead hair is plucked) at least twice a year. A stripped Schnauzer has a hard wiry coat as specified in the breed standard. Shaving your pet will eliminate the wiry topcoat while still exhibiting the soft undercoat. Schnauzers shed less frequently than other dogs.

A Miniature Schnauzer is a bundle of energy. He loves to be in the midst of family activity and is an extrovert. He may even approach you while you’re sitting down and clasping his paws around your neck. You can expect him to want to sleep pressed up against your side, and you can bet he’ll want to cuddle with you constantly.

The Miniature Schnauzer is full of character. They are very feisty and won’t let anyone walk over them. They love and need to be with people, not just around, but in close physical contact.

Schnauzers are very bright, making them easy to teach, but it also means they have a high level of cunning. Their stubbornness will keep you on your toes when combined with their intelligence. Some pros are that their character is not as feisty as some terriers nor they are as dog-aggressive.

Miniature Schnauzers are generally healthy, but like other breeds, they are prone to a variety of illnesses. Not all Miniature Schnauzers will contract any or all of these disorders, but it is vital to be familiar with them if you’re thinking about adopting one.

If you’re getting a puppy, look for a reputable breeder who will provide health clearances for both parents. Health clearances indicate that a dog has been tested for and deemed free of a specific illness.

Since the early 1970s, the Orthopedic Foundation for Animals (OFA) has been certifying Miniature Schnauzers’ health. Hip dysplasia, elbow dysplasia, hypothyroidism, and von Willebrand’s disease should all be checked for. Thrombopathia can also be verified through Auburn University (auburn.edu). Normal eyes may also be certified by the Canine Eye Registry Foundation (CERF) on their website (cerf-vet.org).

Crating your Schnauzer may help him avoid house accidents or getting into things he shouldn’t. A crate is also a good place for him to rest during the day. If your Miniature Schnauzer is ever boarded or hospitalized, crate training at an early age will assist him to accept confinement.

However, your Miniature Schnauzer shouldn’t spend too many hours in a crate for no reason. Don’t put them there just because. You put them in crates for timeouts or to sleep at night.

Being around dogs, whether that is spending time with them at home, walking them, or taking them on a walk on my skateboard.

Big dogs between 2-5 years are the best to go on fast runs.

But there are also fast little ones like these two Schnauzers. Toby and Bruno had a lot of fun in a short but fun run. Toby is 2 years old and Bruno is 1.

As part of the Amazon affiliate program, I may or may not receive a commission at the time of purchase.

What Dog Breeds Bark the Most

Can KONG Dog Toys be Put in the Dishwasher?

Are Dog Toys Safe for Babies? 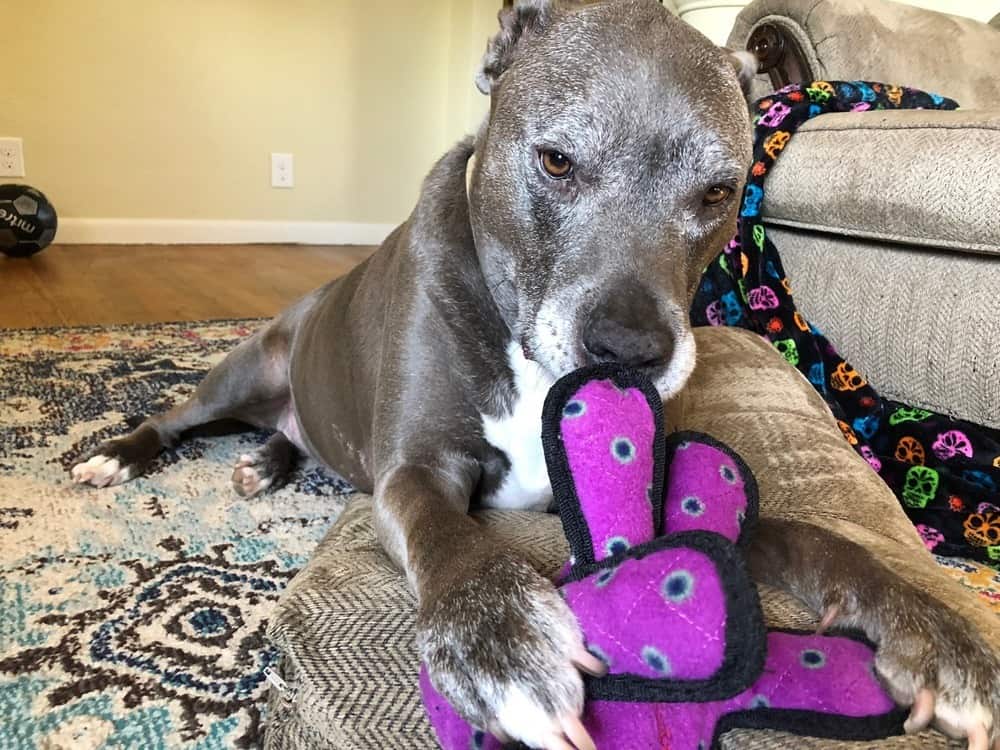 Schedule the Best Vacation for Your Dog Now